Fishing was a bit slow (25 were caught) but enthusiasm was high. And after the waterfront contest, the crowd converged on the park pavilion to consume nearly 150 quarter-pound Nathan’s hotdogs with all the trimmings at the awards picnic.

“It was a great turnout,” said Club President Myron Pstrak, “and I saw a lot of smiling faces… on both the children and grownups.”

Fish-A-Rama, long a popular event operated by the Club’s Outreach volunteers, was cancelled last year because of the pandemic. “We were so happy to resume it this year,” said Outreach leader Nick Revill. “I think people were more than ready to get back to having fun with folks.”

Carol Marines headed up registration and recording and said participants came from as far as Pennsylvania and Florida to join Connestee family and friends. Although almost all were children, a few adults cast out lines, too. Ages ranged from 18 months to 54, said Carol. “It was a great day!” she exclaimed afterward. She reported the 25 catches were divided this way: sunfish, 21; bass, 3, and trout, 1. 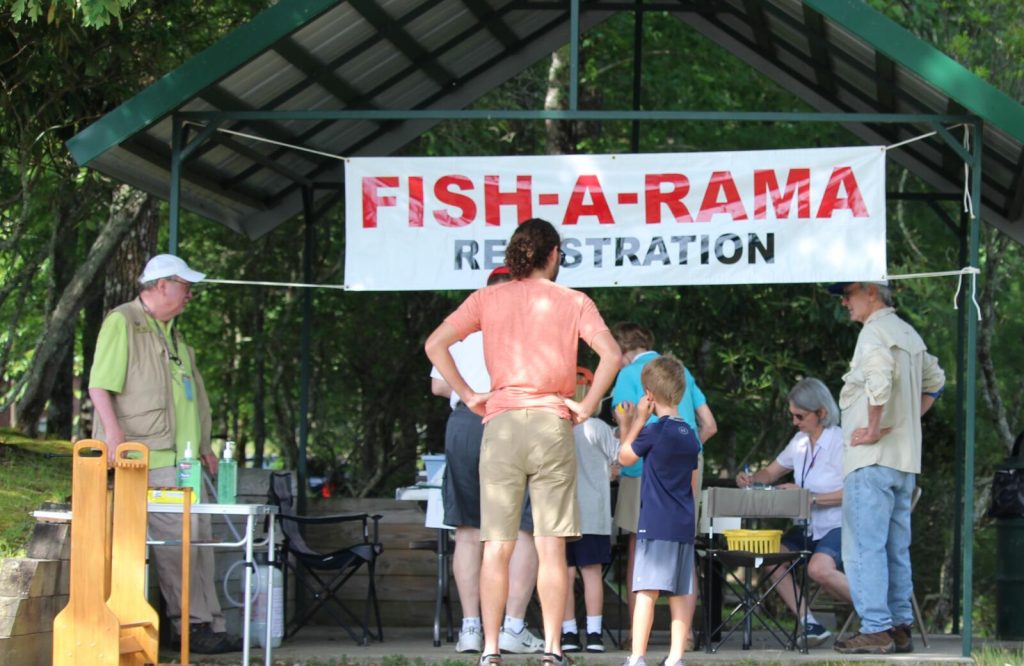 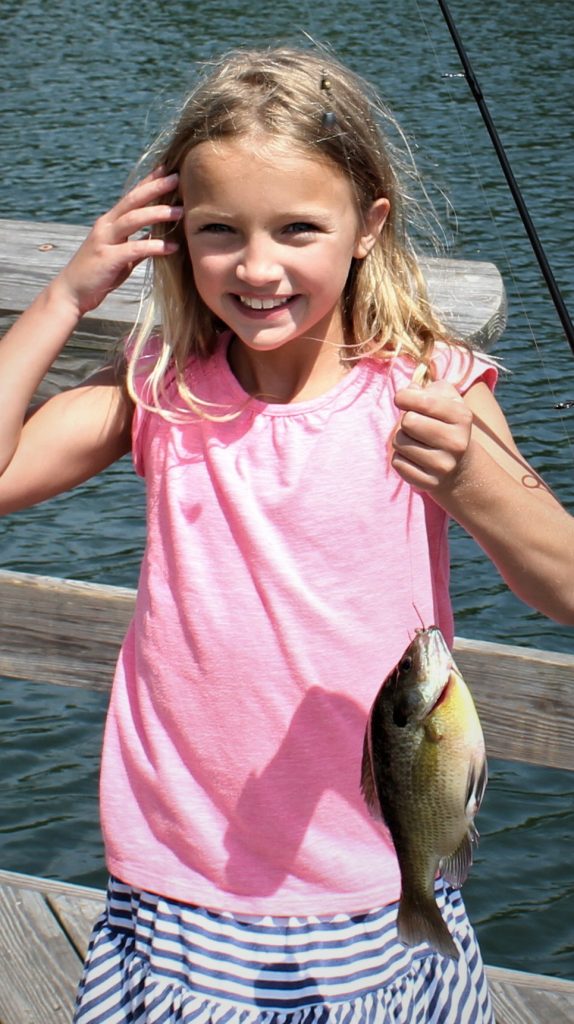 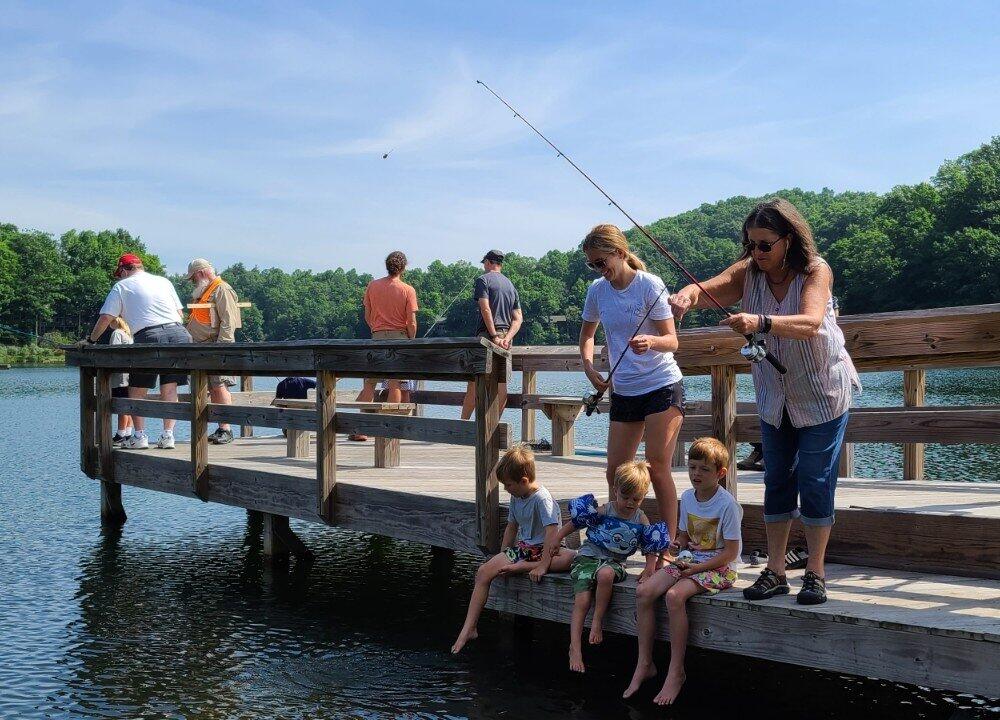 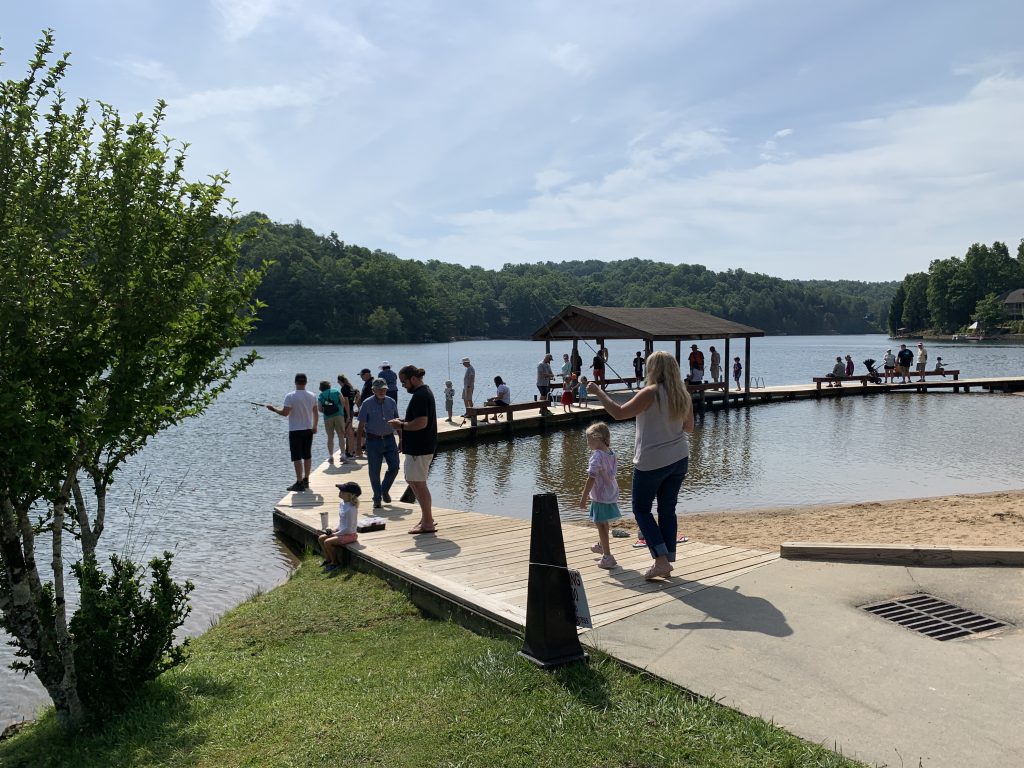 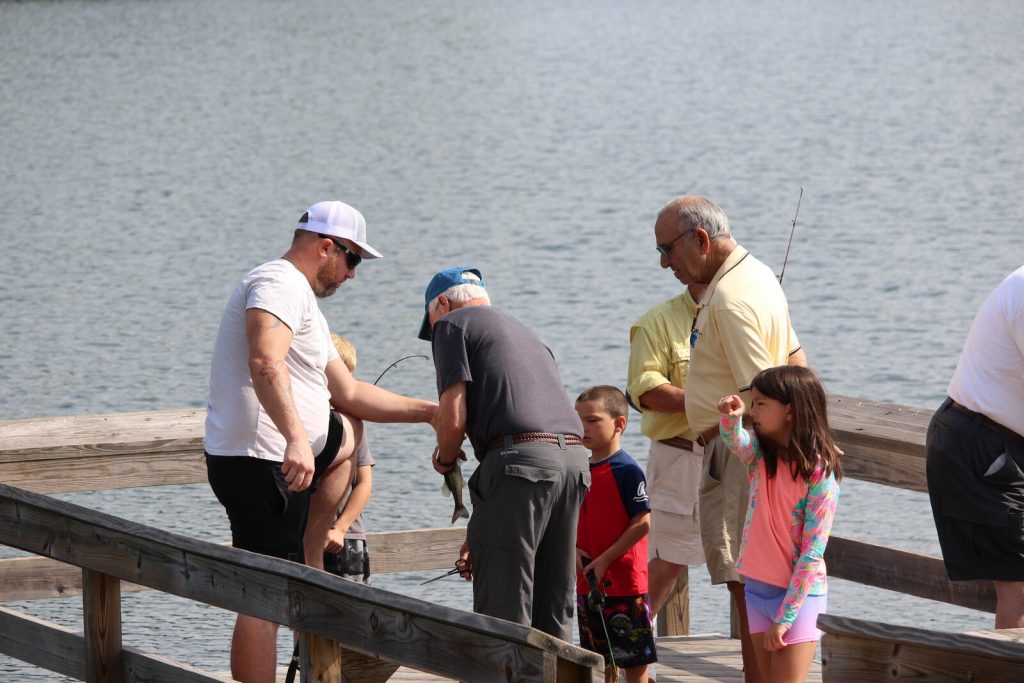 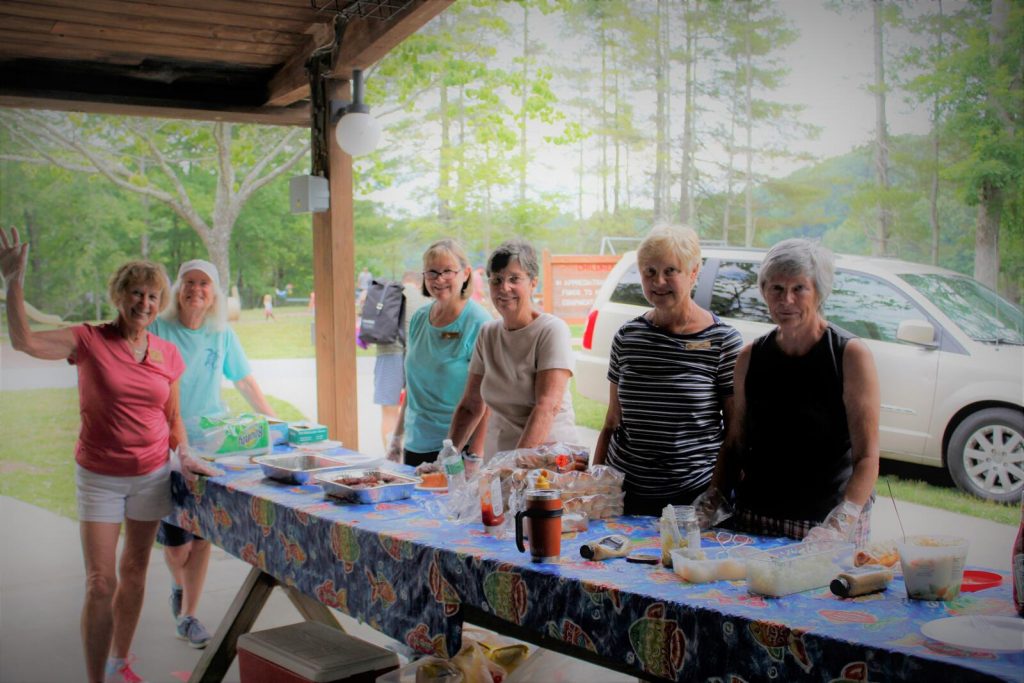 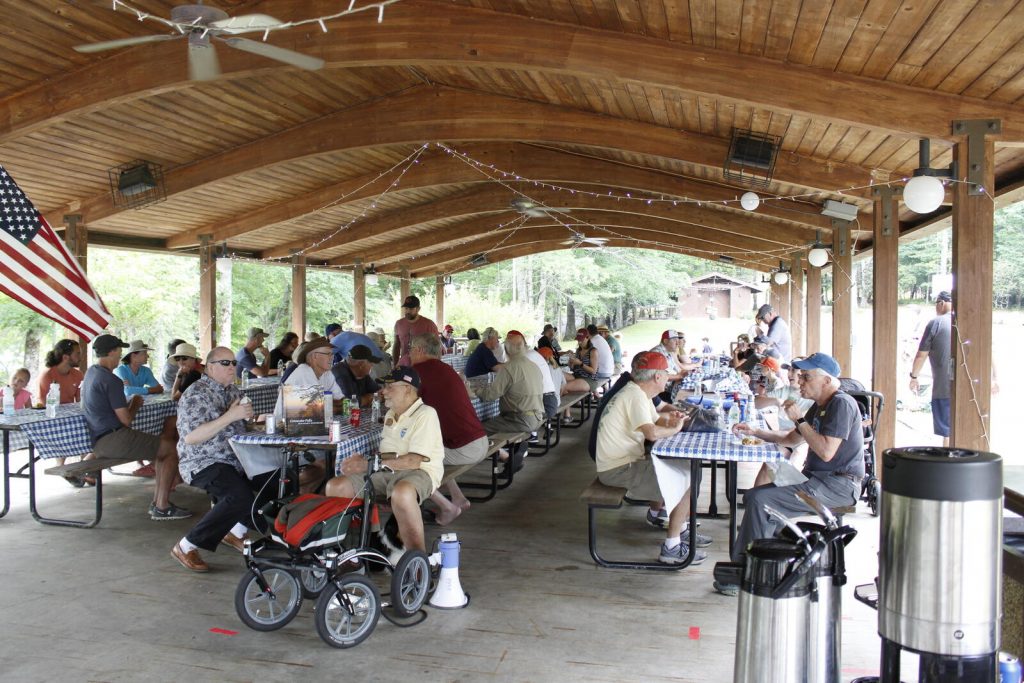 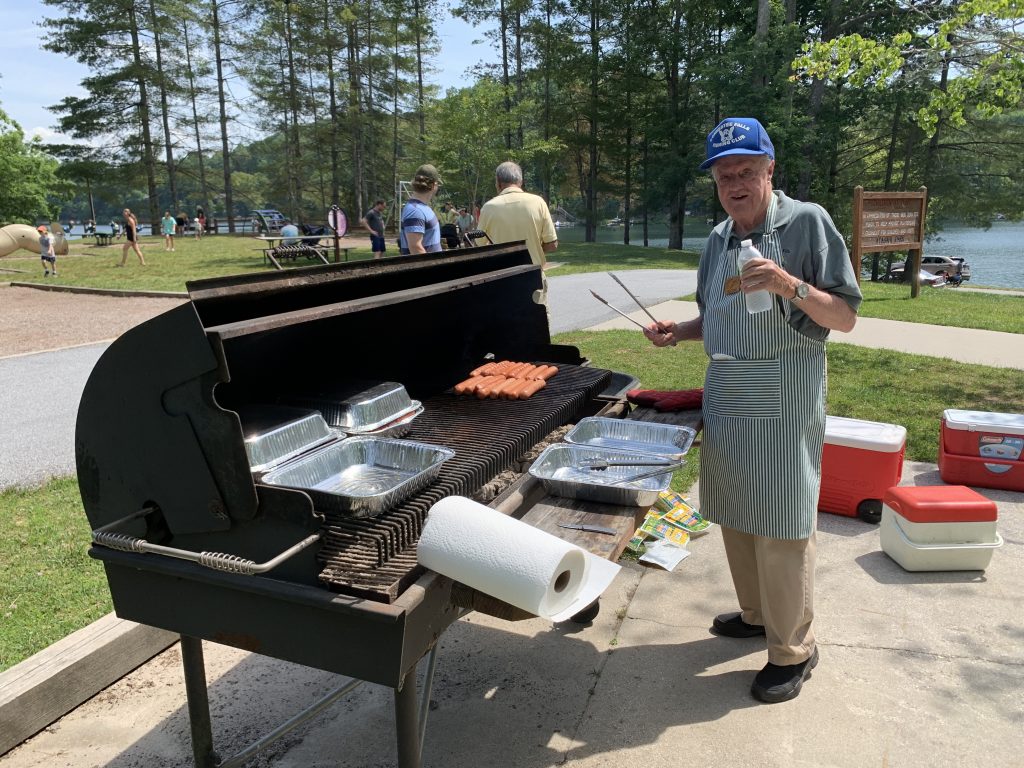 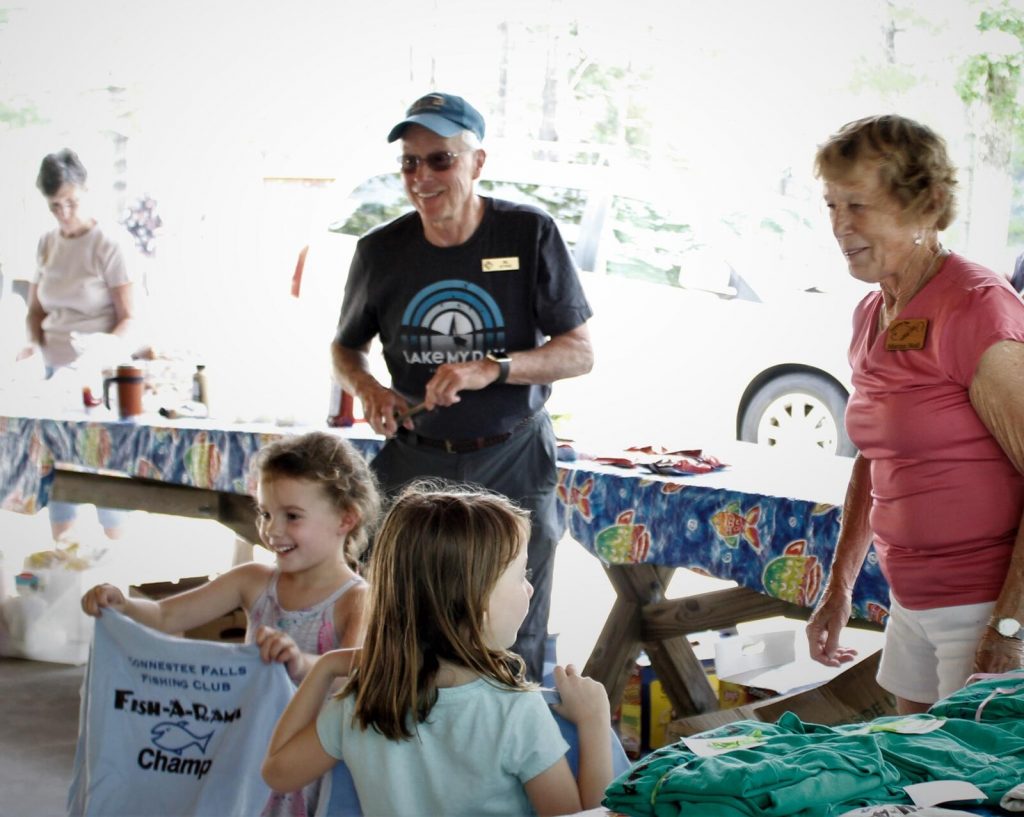 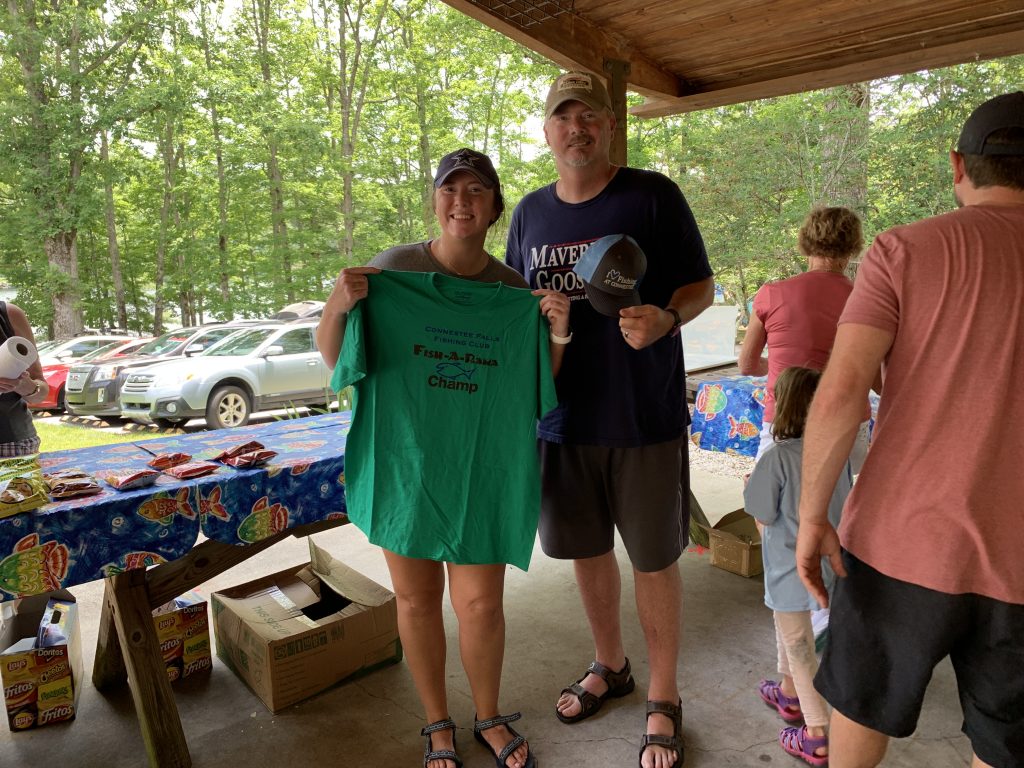 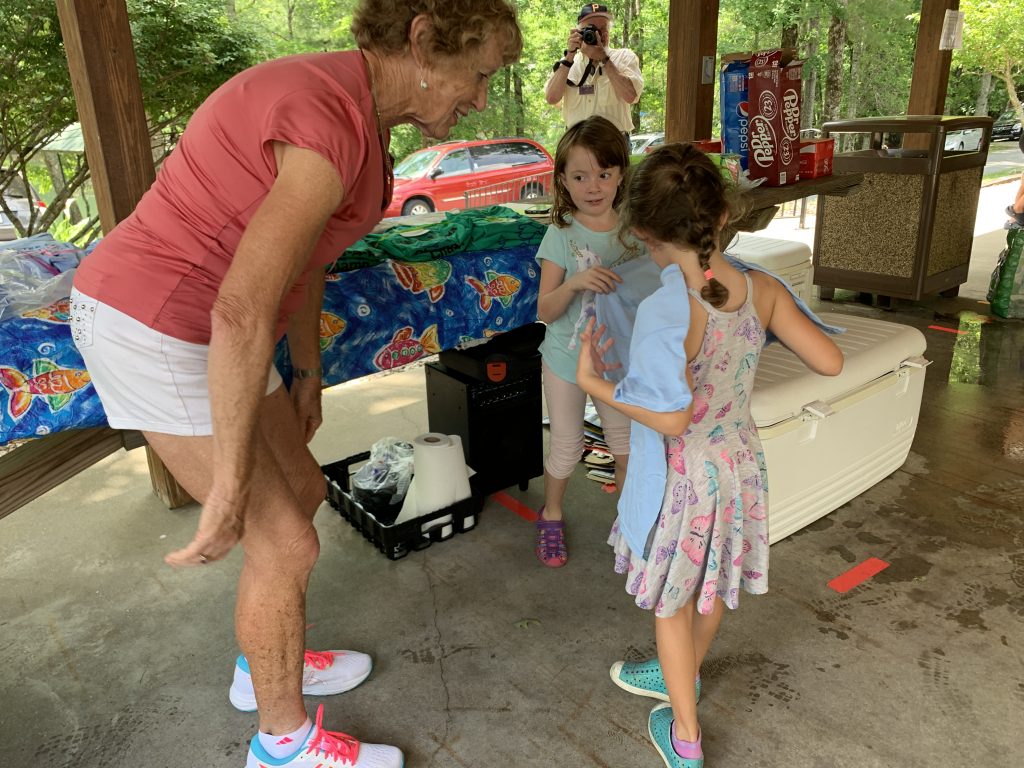 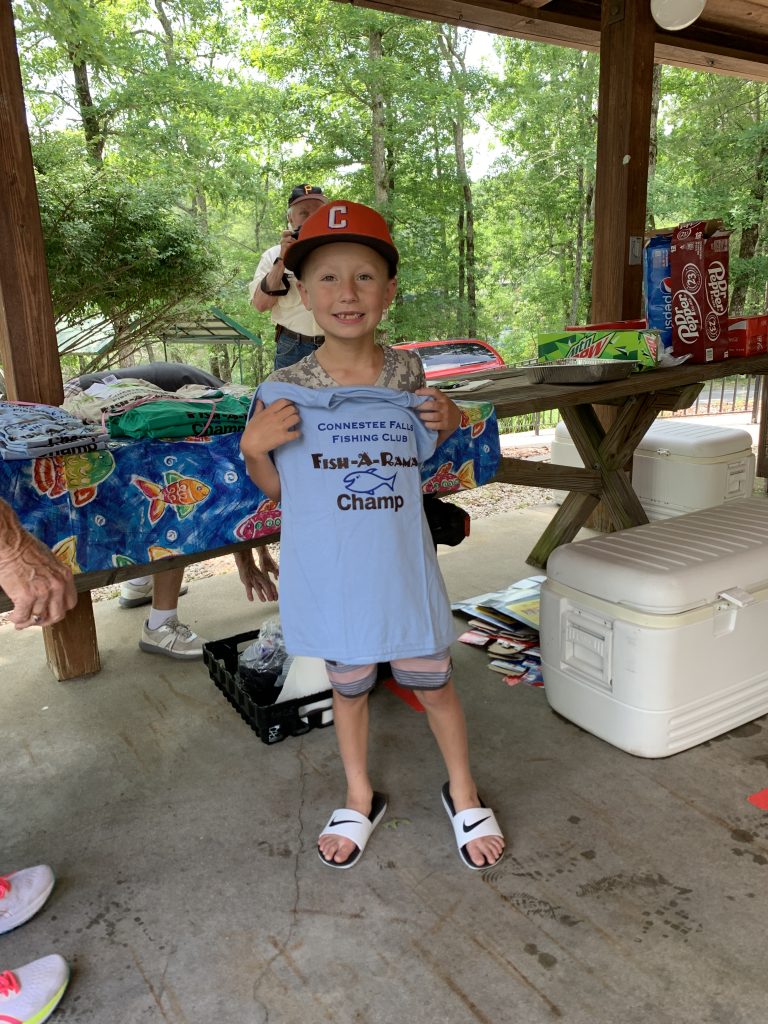 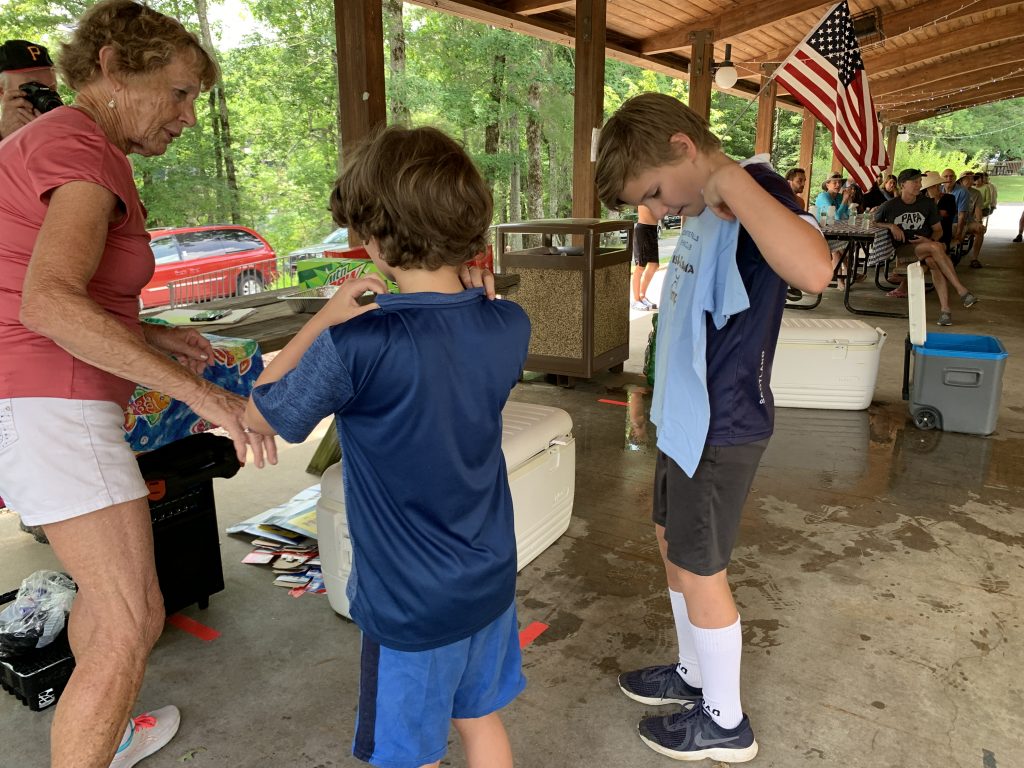