On Monday, 3/8, Morgan Mill Trout Farm stocked trout fingerlings in lakes Tiaroga and Wanteska. This was a $2,000 matching fund stocking with CFPOA paying $1,000 and CFFC paying $1,000.

Also on the same day Morgan Mill brought along a few large trout to start our Golden Trout contest. Joe McMurray and Randy Bunn tagged one golden trout for release in each of our four lakes.

Thanks to Nick Revill for his work on preparation of the tags with gold leaf to keep them golden bright while in the water until caught. 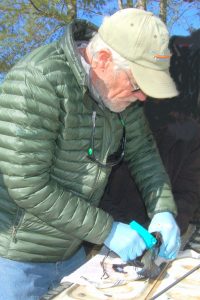 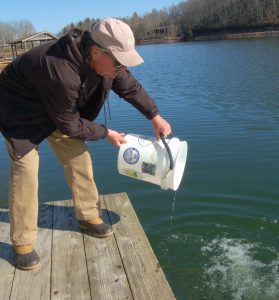 Joe McMurray tagging a Golden Trout and Randy Bunn placing in the lake. 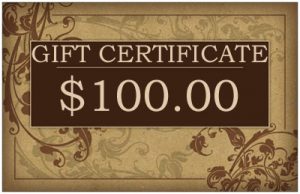 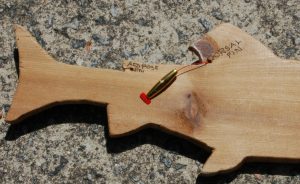 The Fishing Club has announced a new contest open to anyone with a CFPOA fishing license. We have placed one large rainbow trout in each of our four lakes with a gold-colored bead attached on a plastic tag behind its dorsal fin. If you catch it you get a Golden Trout Award certificate and $100 in spending credits in your CFPOA account. To report a Golden Trout: Remove the tagged bead and call contest director Ray Tuers, 877-5572. 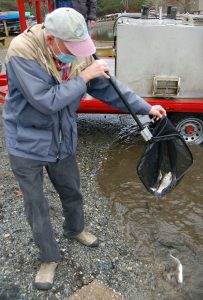 The Club’s Fishery Management Committee supervised the first stocking of the year in our four lakes Jan. 25, putting in some 1,200 rainbow trout. Most were in the 14-inch size range. As usual, they were distributed based on the size of the lake:

The fish cost $2.75 per pound, for a total cost of $4,001. That was paid by the Property Owners Association from the annual stocking appropriation in its budget.

Voting has been completed, and the proposed Fishing Club budget for 2021 has been unanimously approved. Thank you to the many Club members who voted, and we greatly appreciate the comments and suggestions you submitted.

The budget can be viewed on this website under the heading "About Us". 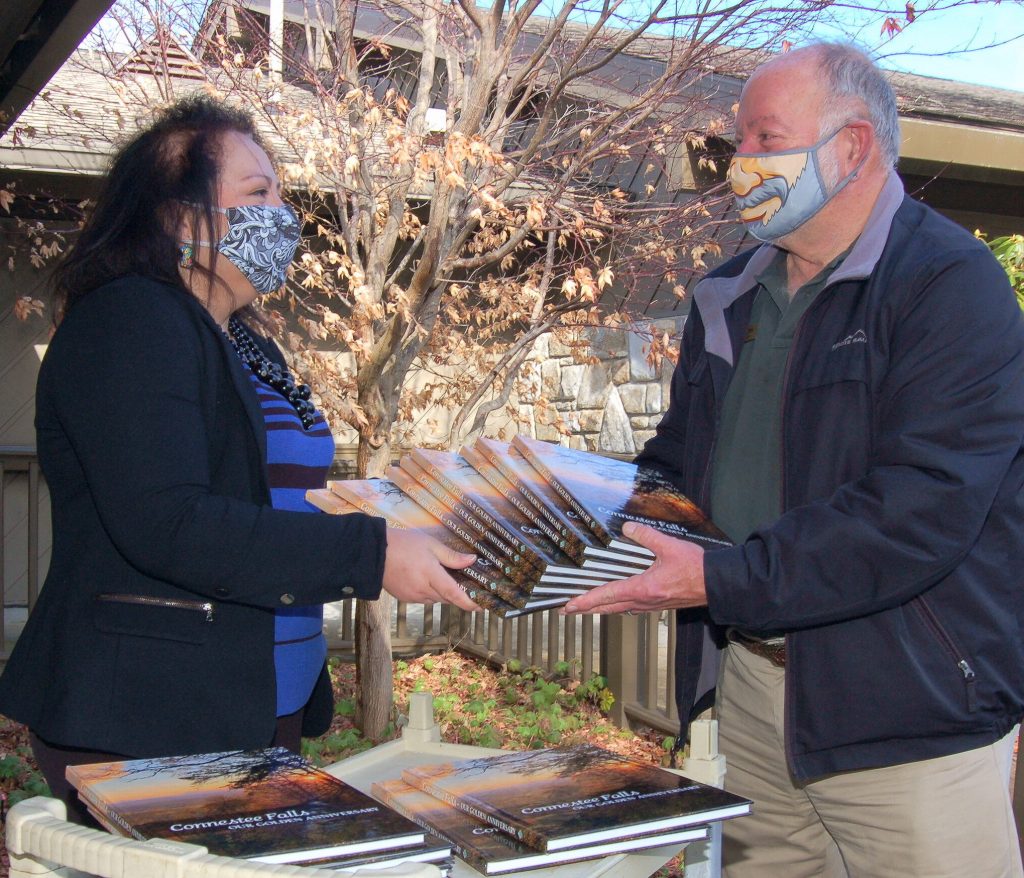 On January 15th Fishing Club President Myron Pstrak delivered 65 free books to Connestee’s HR manager, Rocio Borghini, for distribution to all permanent CF employees. It is the Club’s way of showing our appreciation for all that our wonderful Connestee employees do to make our community so special. 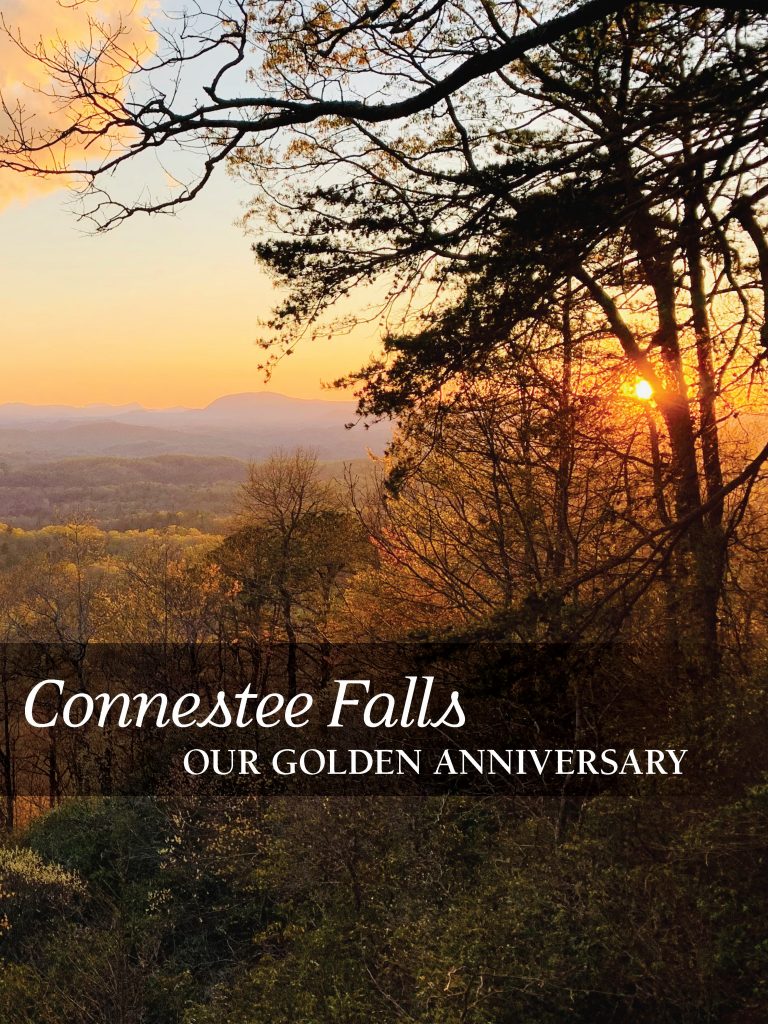 It’s a jumbo, 9”x12” hardcover volume with 112 full-color pages containing more than 600 photos by residents. Cover to cover, it tells of Connestee’s history, people, events, clubs and activities and our scenic beauty, including our flora and fauna. You’ll want to keep this coffee-table quality book in your home for viewing by family and friends.

A great holiday gift idea for all. If you order NOW, you’ll get your book(s) for only $40 each. And there’s FREE pick-up/delivery inside Connestee! Books can also be shipped to an outside address, for an additional charge of $6 each for postage.

To order go to the "Anniverary Book" heading on the Club’s website.

There’s a limited supply in the first printing and orders will be filled on a first-come, first-served basis. Pre-Christmas availability is planned for residents currently on-site, while supplies last.

Proceeds from book sales benefit the Fishing Club’s Outreach Program, fish stocking, and its many other community service and social activities.

Many thanks to editor Chris Wunder and all the others who helped develop this amazing publication.

A few sample pages from the book: 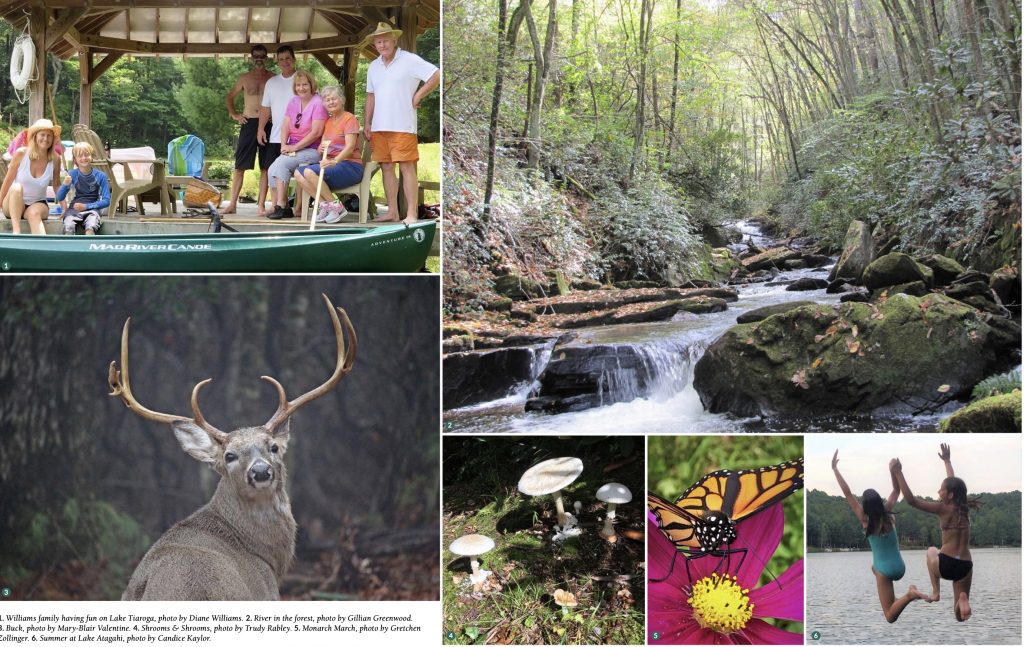 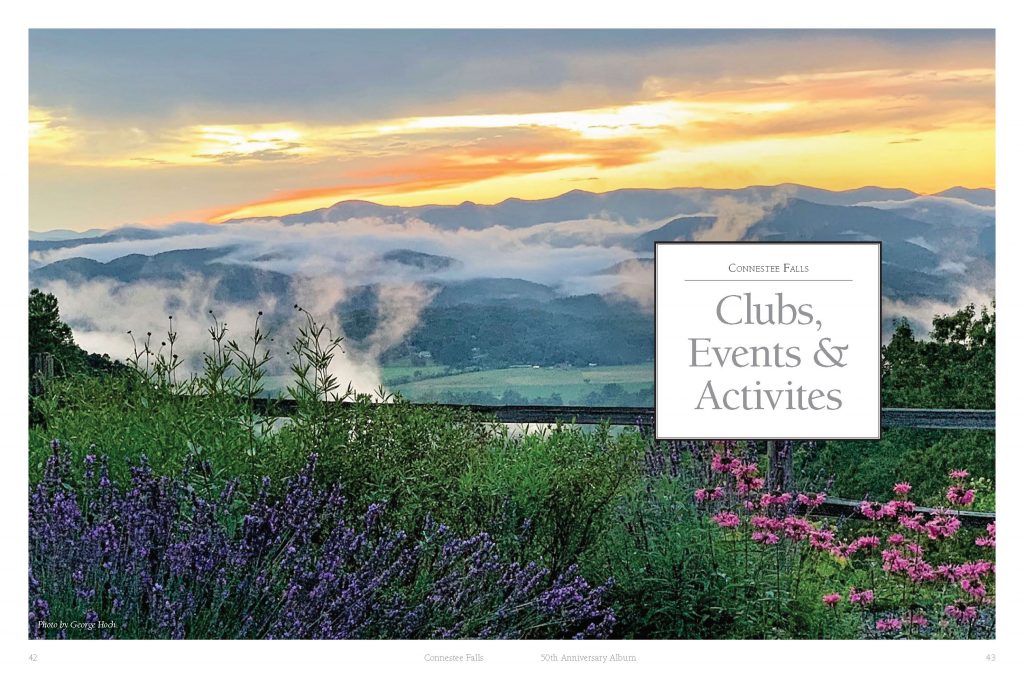 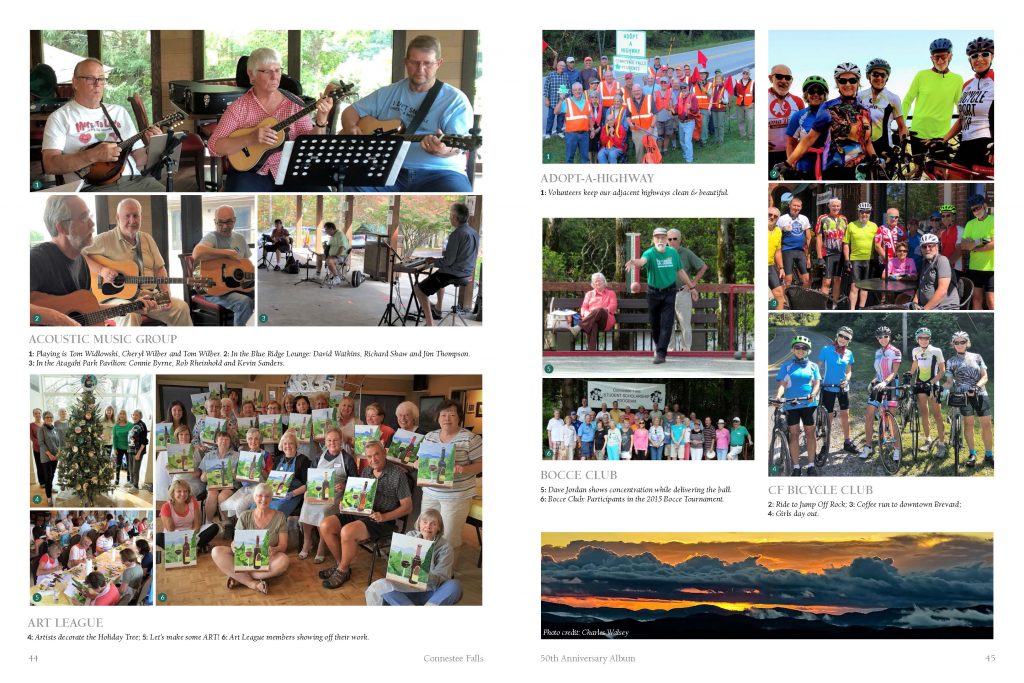 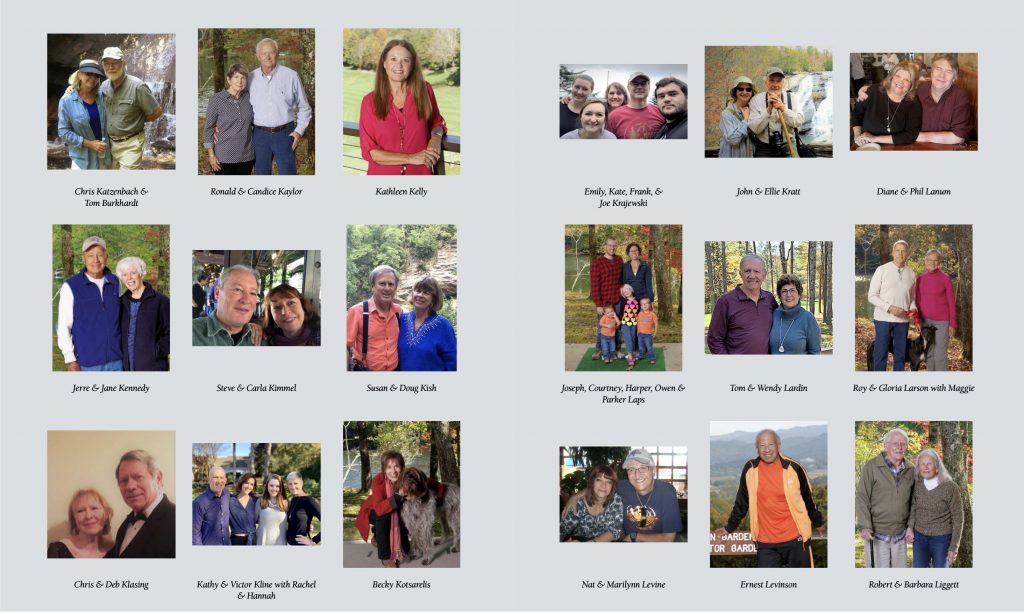 The Fishing Club is now accepting orders for our 2021 Connestee’s Beauty for All Seasons Photo Calendar. This 50th Anniversary edition displays a special captioned photo for each month, selected from the many photos submitted by our Connestee residents and friends. What a great holiday gift item!

Calendars are $15 for one and $10 for each additional. Completed orders will be available for delivery around Thanksgiving and can be delivered free to your Connestee home, or mailed to an outside address (for a postage fee of $3 per calendar). Proceeds from the sales support the Fishing Club's many community service activities and events.

Many thanks to all those who submitted photos and to Chris Wunder and Susan Caldwell for their generous efforts in preparing this special calendar.

To order your calendar(s), click on the link: Calendar Purchase

If you need help with your order, email Al Byrne (abyrne146@gmail.com). 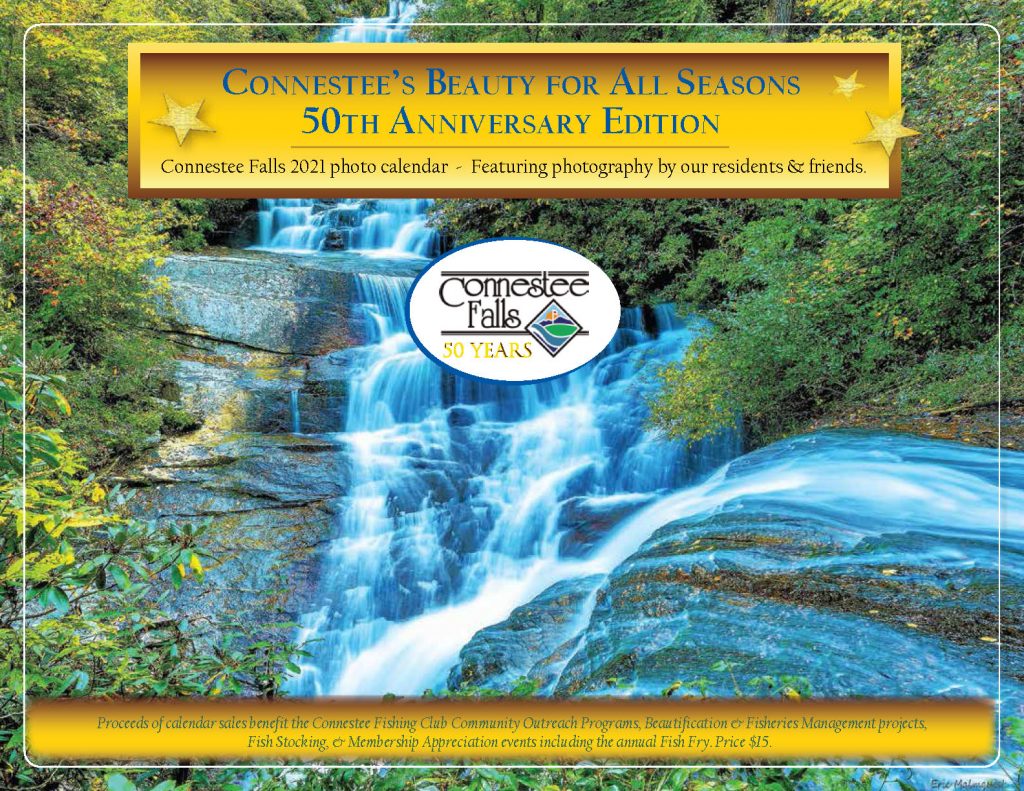 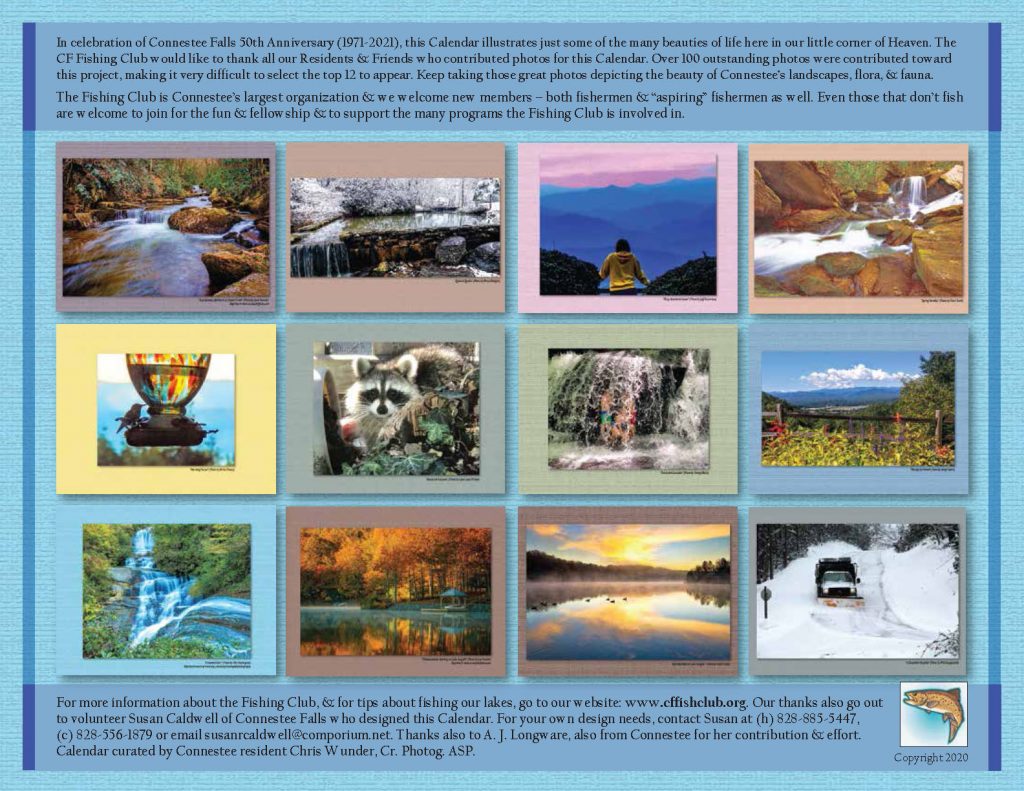 Our final fish stocking of the year took place Thursday 11/12/20.

Morgan Mill Trout Farm delivered 946 pounds of 13 - 16 inch rainbow trout to three of our lakes (Atagahi was stocked in October).

A good group of fishing club members watched as the healthy looking, spirited, fish swam off into the lakes.

The Club held its first meeting in seven months on Oct. 31, a kind of pandemic-era catch-up gathering that we called an End-of-Season, Meet & Greet, Bring-Your-Own-Chair and Wear-Your-Mask meeting.

It was held at the Atagahi Park pavilion on a Saturday morning. And although temperatures hovered close to the 30s that day more than 40 members and guests turned out.

“I think folks are just anxious to get out and do something,” said Club Treasurer Vernetta Milts, who with other Club officers reported on latest activities.

Our new president, Myron Pstrak, opened the meeting with a series of updates on activities. He mentioned September’s drive-by version of our annual Fish Fry, the latest stocking, the record number of large fish caught so far this year and a number of other subjects.

Chris Wunder, who is putting out our annual calendar and the club’s book celebrating Connestee’s 50th anniversary, reported on those projects.

And Randy Bunn gave a roundup on the Fish Fry, which Vernetta said yielded a net profit of $4,000 to benefit the Club’s various projects and programs.

The Executive Committee decided to try the socially distancing format during its early October meeting and set the Saturday date. Many members brought their own chairs and all wore masks. Before and after, we served our usual “coffee-and” light refreshments.

At the end, members applauded the effort and several cried out their thanks to the officers.

“I’m glad we did it,” said Myron. “I think it went well and members certainly seemed to appreciate getting out and talking fishing.”

Thanks to Joe McMurray for taking the lead on this stocking.