The Club handed out awards in five categories for members’ service during its annual Volunteers Appreciation Brunch at the clubhouse Oct. 1.

President Jim Bailey said the work by the recipients, as well as all the other volunteers attending, was the main reason for the club’s success in promoting sport fishing and service to the community. “Without them – and you,” he said to the audience of some 50 members present, “we could never accomplish what we do.”

A third major award, Sportsman of the Year, went to Joe McMurray, who was unable to attend. 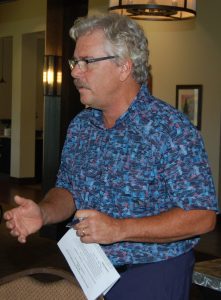 President Jim Bailey opened the awards program telling the audience the club’s success was due in large part to their volunteerism. 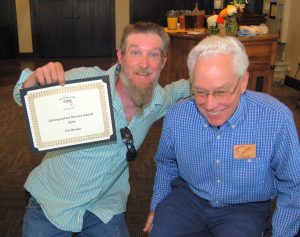 The presentations took on a lighter touch when Tim Brown clowned a bit with presenter Al Byrne. 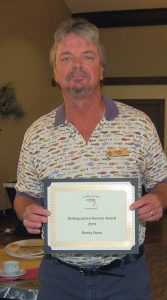 Randy Bunn won his award for service highlighted last summer when he chaired the Fish Fry. 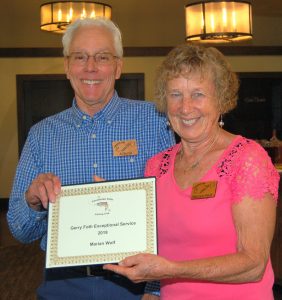 Al was happy to present Marian’s award, citing her for her many years of service to the club. 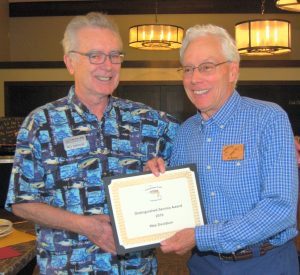 Wes Davidson (left), one of the club’s newer members, was cited for quickly jumping into volunteer service. 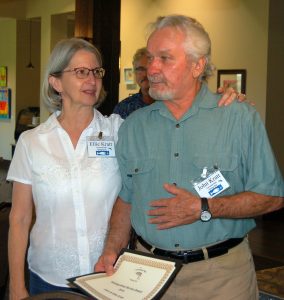 Ellie and John Kratt were one of two volunteering couples to get Distinguished Service awards. The other couple, John and Mary Anne Ciriello, were unable to attend. 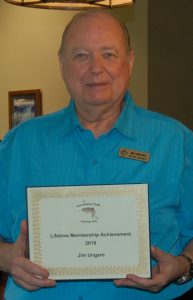 Jim Ungaro got his major award for his service as treasurer, plus the many other jobs he undertook.