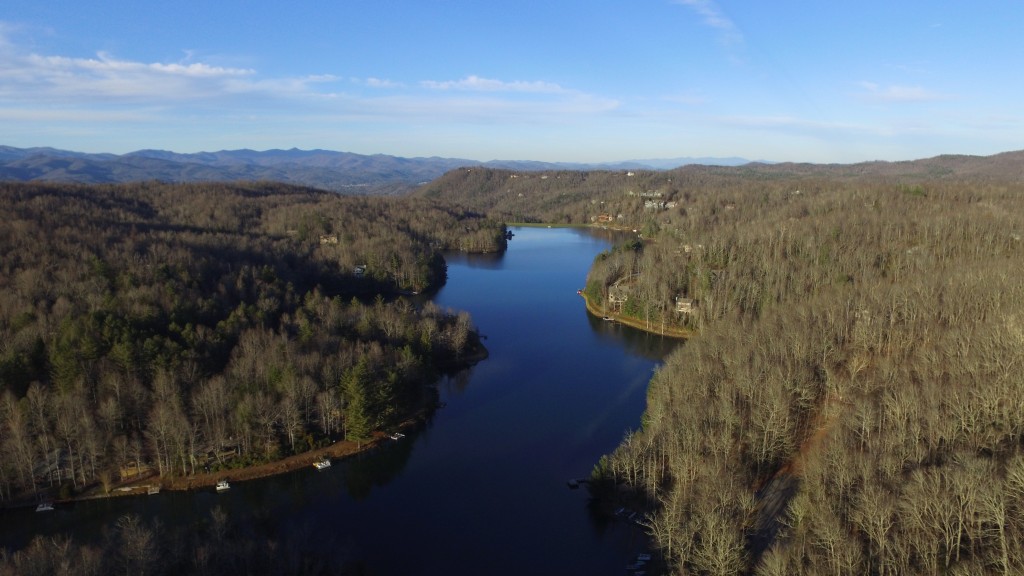 It was something small, just a little group of guys with a little idea.

Phil Caccavale, a semi-retired fuel oil dealer from New York who loved to fish, first had the idea. “One day, I thought we should have a fishing club so fellows could get together,” he recalled. He broached the idea to Larry Host, a transplanted insurance executive. Larry agreed, and the two called Bill Kirchner, John Meyer, George Deriso and Jim Hill to a meeting at Phil’s house on Lake Ticoa. It was the organizational meeting of the Connestee Falls Fishing Club (CFFC), the first club formed in the small residential community six miles south of Brevard. Little did they know that it would become the largest of some 50 Connestee Falls organizations, with more than 500 members currently. The first meeting was held on the afternoon of May 14,1980.

The first regular meeting was about two weeks later. Its penciled minutes recounted a number of discussions: There was something said about the size of fish caught and the number of fish a person could take in one day. Phil and George came up with the idea of a fish fry, which went on to become an annual tradition and one of the Club’s most popular events. George, a retired executive of Winn-Dixie and a southern fisherman all his life, suggested that the Club stock crappie in the lakes. And the early members began to think about what the group was to stand for.

First and foremost they agreed that it should advocate the sport of fishing in Connestee, water safety and good sportsmanship. Education was mentioned, as were protection of the environment and study of mountain lake ecology. Last, but hardly least in their minds, was fellowship. They wanted to have a club in which people could get together and simply have a good time.

The first by-laws were drafted by Larry Host and approved on September 3, 1981.

It did not take long for the fish fry idea to generate the first fish fry. It was held on July 31, 1981 at the Lake Ticoa park pavilion. Best laid plans don’t always work. The plan was to catch fish all season, store them in freezers, then bring them to the fry. The trouble was that members did not freeze enough fish and Larry Host had buy trout. These were cooked at the club house, taken to Ticoa Park and served with corn-on-the-cob and all the trimmings. Larry donated the beer, and the Club’s first social event was a huge success. Today the fry is held at Atagahi Park. Food preparation is done by a large and well-coordinated corps of Club volunteers, Clubhouse staff, and members of the Maintenance staff. Even professional restaurateurs marvel at how these volunteer amateurs serve hundreds of people so efficiently each year.

The Club’s Outreach Program also got off the ground in those early days. Today it offers fishing opportunities to over 200 youth and impaired seniors every year, at no cost them or their sponsoring organizations. It stresses the skills and enjoyment of fishing along with sportsmanship and respect for the environment (see Outreach Program).

The rapidly growing membership allowed other things to happen. The Club’s active stocking programs began in its first year with the stocking of 9,000 catfish fingerlings. Soon, bluegills, larger channel cats and trout were added. The Club also began placing discarded tires in some lakes to give fish a place to hide from predators and to attract large fish. Since then member volunteers have placed hundreds of discarded Christmas trees as hides and attractors. Members’ concern for lake ecology prompted the Club to test the water, too. In 1981, the two largest lakes had pH readings of 7.2 and 7.3 respectively, which meant a good fishing environment. The next year the Club arranged with a scuba diver to observe aquatic life. His suggestions on diversifying species helped to form the Club’s long-running stocking programs. This close attention to the community’s four large lakes has continued over the years, with the Club keeping watch on water quality and fish populations, periodically using professional help. Since 1983, the Club has also gotten help from the Connestee’s Property Owners Association with its budgeting for stocking, fertilizing, bank seeding and placement of hides. (see Fishing Info).

Not all our efforts at improving lake fishing have been successful. Once, Lake Tacoa was drained for repairs and only a few deep pockets of water remained. Most of the fish were removed and relocated to Lake Atagahi. When Ticoa was refilled, it was restocked with large mouth bass fingerlings. Big mistake! The few remaining larger bass ate most of those new fingerlings. Similarly, the fertilizing of the lakes was a good idea that went bad. Biologists had advised the Club that fertilizing would start the growth of micro-organisms at the low end of the fish food chain. It also caused an algae bloom and the club “caught hell” from swimmers.

On October 16, 1981, emphasis on fellowship was expanded by holding the first annual Awards Banquet in the Overlook Clubhouse Dining Room. Members decided to have the affair at the end of the fishing season but before many people left for the winter. The next year the banquet had an attendance of 50, with a social hour in the Lounge and a prime rib dinner. Sherwood Barker was given the first “Sportsman of the Year” award. This banquet was discontinued several years ago, and was replaced with a free Brunch for all our Club volunteers. At the Brunch the new Club officers are welcomed, and awards are presented for exceptional volunteer service and Club support.

The Club originally held twice-a-month afternoon meetings and a fishing derby competition on the first and third Thursday of the month. No meetings were held after September because so few people lived in Connestee year-round. Meetings resumed in May. In 1994, President Gerry Foth switched to monthly meetings all year round, because club membership had risen to 198, many of whom lived at Connestee all year.

Services to the Community

Aside from its Outreach program to foster fishing and respect for the environment, in the late 90s the Club established its Community Spirit program in which it donated time and resources for the betterment of Connestee. Community Spirit has paid for such improvements as park benches throughout the development, a handicapped-accessible dock at Lake Atagahi, additional fish stockings and even lakeside cigarette butt buckets. The Club has also gotten into the publishing business: It has published a recipe book and a booklet entitled, “Connestee Falls Outdoors,” which discusses the flora, fauna and outdoor activities in Connestee. The Club has also contributed toward the renovation the Girl Scout’s Camp Pisgah fishing pier, helped pay for new handrails from the driveway to the Ataghi pavilion, bought a community flagpole for that park and, most recently, donated a modern recycling center nearby.

The Club continues to act as a focal institution for outdoor enthusiasts and promoters of the Connestee way of life. And, jokingly, members insist it is also a wonderful venue for weavers of tall fish stories.